1981 thru 1987
The first meeting held in our area was sometime in November or December of 1981 in Titusville (High On Life). Shortly thereafter, other meetings originated in Melbourne (Beachside & Gimmee Shelter) and Cocoa Beach (New Alternatives). Each of these four meetings existed in isolation for several months.
The Space Coast area has one of the oddest and quirkiest histories in relation to other areas in Florida. At first, the geographical area encompassed any meeting south of Daytona, extending all the way to St. Lucie County. In 1982 a meeting started in Vero Beach (No Gimmicks Group) & sometime after a meeting started in Ft. Pierce (New Beginnings). There was no Area per se as we know of today. They were the first meetings of NA ever in these locations.
The meetings later merged with the Orlando Area. Then the groups broke away once they gained strength and grew. The Space Coast Area, which covers all of Brevard County, came into formation in June of 1987. We are in our 20th year of carrying the NA message of Recovery in the Space Coast Area. Happy 20th Anniversary!!!!

Space Coast Area Service Committee & Subcommittees as of 1994
Administrative: (Was not acknowledged, ASR to Region)
Subcommittees growing and functioning well during the few years before and after. Space Coast had a good reputation with the community.

NOTES (As far as Administrative goes, “Not Acknowledged” means that the admin committee was not a functioning body or practice. It did not meet and have its own meeting as the Administration Committee. During these times there was usually one or two people holding a position for, or as Chair; or acting Chair in order to conduct business. In other words there were times lacking Vice Chairs, Secretaries, Treasurers, RCMs, Policy Chairs)
Notes added for reference 2016-01 by John CS.

Space Coast Area Service Groups & Meetings as of 1988
Roll Call at Area Service Committee Meeting
Groups:
1. 5th Tradition 2. Back to Basics 3. Day By Day
4. Grow or Go 5. Just For Today 6. Never Alone
7. On The Edge 8. One Day At A Time9. No Elevator
10. Third Tradition 11. The Other Side 13. Sunday Serenity
14. Principles Before Personalities
Meetings and Groups coming and going

Space Coast ASC & Subcommittees as of 1998
Administration: (Was not Acknowledged, ASR to Region. No ASC meeting for May or October – Hosted Regional Awareness Weekend)
Subcommittees all struggling with very little participation from area members, SCA reputation in community starts becoming undesirable. Known for No Recovery in NA.
There was a motion put in that year for all subcommittees to meet before area in the hopes that the few could form a conscience for all the subcommittees together. That motion did pass and it was practiced for a while.

Groups:
1. 5th Tradition 2. Courage to Change 3. Grow or Go
4. Hope Without Dope 5. Just For Today 6. Kickin’ It Raw
7. One Day at a Time 8. Principles Before Personalities
Meetings: Keeping it Real, Living In the Solution, Suntree Solutions, WOLF, Women With Hope, and Grateful I’m Not Dead

Space Coast ASC & Subcommittees as of 2007
Administration: (Not Acknowledged, RCM to Region, Service Learning Day with Subcommittees, FRSC coming in September)
Around 2003 our Area Service started growing again, reconnected with FRSC, Subcommittee participation started growing.
We’re gaining our Reputation back, slowly but surely, with many areas to continue growing in.

Space Coast Area Summed Up
Honestly, I believe it’s safe to say we’re still young as an Area. We do have many tools available to us for service work, such as: The Guide to Local Service, H&I Handbook, and the new Public Relations Handbook, and a new Area Planning Tool. Remember our 5th Tradition: Our Primary Purpose is – To Carry The Message to the Addict Who Still Suffers!
Keep Rocketing On In The Space Coast, The NA Way!!!

The Highlands and Islands NA Group of NA for worldwide links to phone, zoom, and virtual meetings.

For those who have Area email accounts please use this link to access your webmail. 🙂 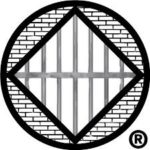